New York is known as the “City that Never Sleeps”. This could actually be true considering the fact that New York is such a huge place with a massive population, business hubs, clubs, bars, and so much more – all of which goes on all the time. Over the years, New York has become like a small country. This is because the city just keeps on growing. After checking out the graphs below, you will definitely be surprised to see how big New York is by the numbers. New York was once a deserted place where barely a few people were living every hundred square miles. However, this is about three centuries ago in about 1698 when New York City had less than 5,000 residents. The population had a very slow growth in the next 100 years as it reached 79,000 residents in 1800. After this period, there has been a constant and aggressive growth seen in the total population of New York. 100 years later, in 1900, the population of New York was more than 3.4 million people. In the upcoming times, due to modernization, residential construction, and commercial values, the population increased. By 2020, the population crossed 8.8 million residents. 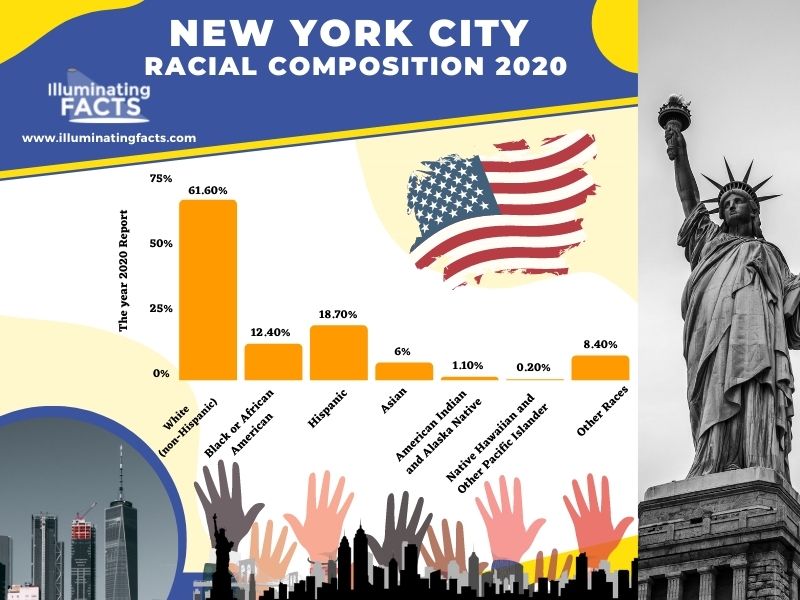 One of the biggest indicators of economic success or failure for any country or state is the level of Real-GDP. Real GDP is the Gross Domestic Product of a state which is adjusted according to the level of inflation as well. Year-by-Year, New York City has seen a massive rise in the Real GDP. In 2010, it was $1416.2 billion which had a slight dip in the upcoming year where it reached $1415.6 billion. It has then shown a consistently positive trend and crossed the $1600 billion mark in 2016. As of 2019, the real GDP of New York City was $1722.2 billion.