Pennsylvania is mainly referred to as the “Keystone State” and “Quaker State.” However, the Middle Atlantic state is also known by other unofficial nicknames: “The Oil State,” “The Chocolate State,” “The Steel State,” and “The Coal State.” As for the last nickname, coal was instrumental in driving Pennsylvania’s economy and is still very much used in several industries in the state.

Pennsylvania’s mining history dates back to the late 18th century when it was widely used as the primary source of light and warmth to numerous homes, power to the entire nation, and fuel for the burgeoning steel industry. In other words, Pennsylvania’s coal industry was one of the factors that sparked the Industrial Age in America.

The history of anthracite and bituminous coal mining in Pennsylvania spans over two centuries. Up to now, coal is still used to generate electricity more than any other energy source in Pennsylvania. As of 2014, coal accounts for 44% of the state’s electricity generation.

The history of coal in Pennsylvania

The Europeans first found coal in southwestern Pennsylvania as early as the 1740s, in surface outcroppings and river beds. Subsequent settlers found more coal as they moved into northern and central Pennsylvania. [1]

Pennsylvania’s coal culture began in the mid-1700s when bituminous coal – also known as soft coal – was first mined in Coal Hill (Mount Washington), now located across the Monongahela River from downtown Pittsburgh. The coal was extracted from the drift mines in the Pittsburgh coal seam outcropping along the hillside. The extracted coal was transported by canoes to a military garrison not far away. [2]

By the 1830s, Pittsburgh had consumed over 400 tons of bituminous coal each day for residential and light industrial use. As for anthracite coal, it had been regularly shipped to urban areas like Pennsylvania and New York City by the 1860s. The growing coal industry helped fuel the American Industrial Revolution.

While the development of anthracite coalfields had become expansive, especially in eastern Pennsylvania, bituminous coal production progressed in western Pennsylvania. Consequently, it triggered population growth, expansion and development of the rail system and river transportation facilities in the west, and the rise of the steel industry. Towards the latter half of the 19th century, the demand for steel, generated by the meteoric rise of the railroad and shipbuilding industries, further impacted bituminous coal production in western Pennsylvania.

Until the advanced development of longwall mining in the 1960s, underground coal production in Pennsylvania almost occurred exclusively at room-and-pillar mines.

On the other hand, production from surface mines has been generally on the decline since the late 1970s.

There have been active room-and-pillar mines throughout Pennsylvania’s bituminous coal fields since the late 1700s. The energy crisis hit Pennsylvania around the late 1800s, and even smaller towns were affected. The forests needed for charcoal were quickly diminishing, and wood was much harder to come by. The transport of wood or alternative fuel sources became very important to the people. It was cheaper to import bituminous coal from England than buy anthracite coal from Philadelphia because the supply was “chancy” and “unreliable.” However, due to an ongoing war, the United States was reeling from the British navy blockades. The locals decided to experiment with anthracite coal, which is more difficult to ignite than bituminous, by trying to burn it in a more useful way.

But the opening of the major canals Lehigh, Schuylkill, and Delaware & Hudson, as well as the development of railroad systems made transporting anthracite coals much easier and faster. By the 1820s, large quantities of anthracite coals had been shipped outside the region. After the American Civil War ended, the population rapidly increased along with the development and expansion of the mining and railroad industries.

The demand for anthracite coal further increased in the burgeoning iron industry in the 1800s. Due to anthracite coal’s widespread popularity, blacksmiths started experimenting with it as the source of fuel for forging metals. Before that, iron makers used coke (bituminous coal with the impurities burned away) as a source of fuel. However, iron makers later discovered that using anthracite coal saved them up to 25% in iron production. It was also more efficient to use than coke. In addition, the quality of iron came out superior. [6]

Because of its efficient heating properties, anthracite coal began to be used in more applications, such as crude oil production, the manufacture of metal machinery, and the conversion of water into steam for powering machinery.

The anthracite mining industry continued in the region until its decline in the 1950s. Strip mines and coal mine fires, mainly in the borough of Centralia, are still visible. Many violent incidents in the US labor movement history occurred within the coal region as this was the location of the Lattimer Massacre and the base of the Molly Maguires, a secret society of Irish-American coal miners.

Here’s an image showing the distribution of bituminous and anthracite coals throughout Pennsylvania: https://files.dep.state.pa.us/Mining/BureauOfMiningPrograms/BMPPortalFiles/dcnr_008139.pdf

There are two major types of underground mining conducted in Pennsylvania:

Differences between anthracite and bituminous coals

The following lists the key differences between anthracite coal and bituminous coal: 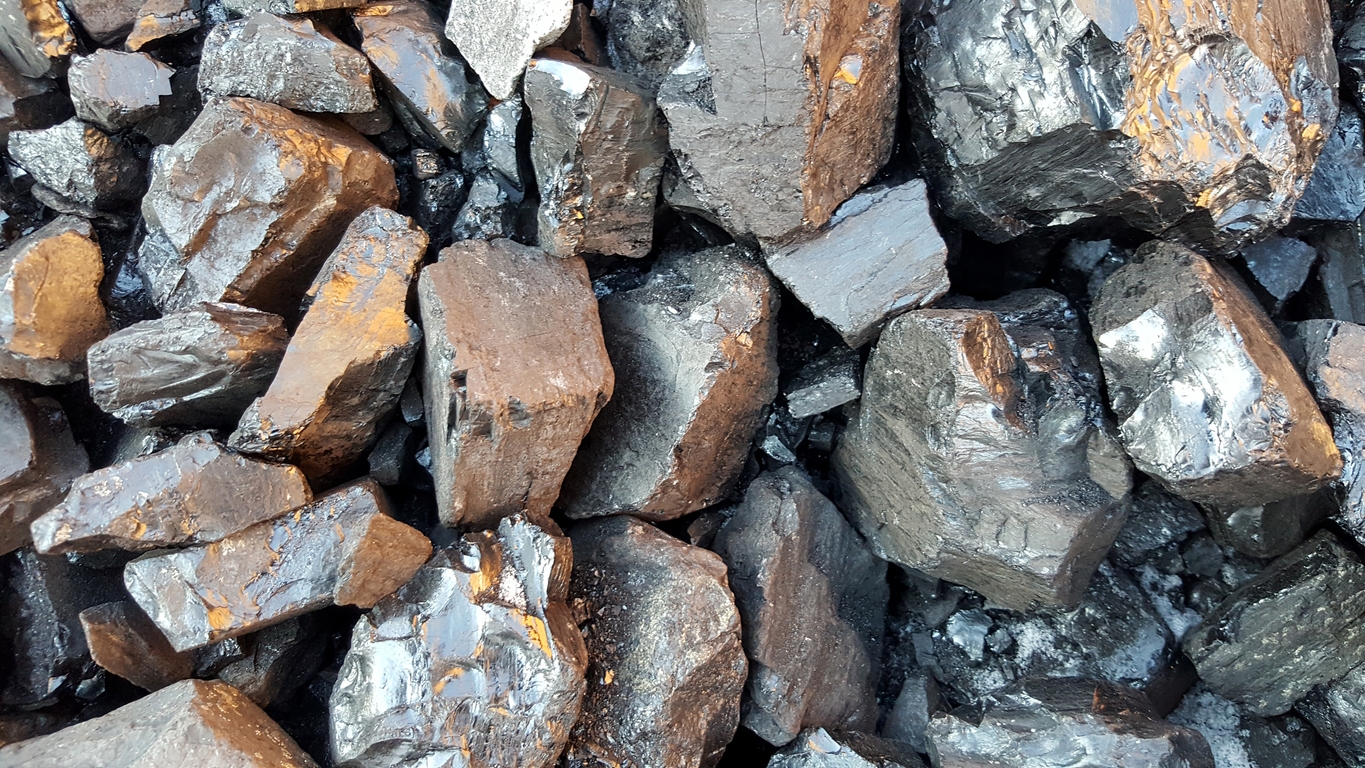 Bituminous coal (soft coal) – the traditional house coal, bituminous is the more popular and abundant coal. It has been used as a domestic fireplace fuel for many generations. As it is abundant, bituminous is a lot cheaper than anthracite coal. While it burns easily and effectively, bituminous coal has more impurities and a lower carbon percentage than anthracite coal; thus, it produces a thick, black smoke. There are several environmental concerns regarding the domestic use of bituminous coal. This has led to the possibility of phasing out this type of coal as part of the American government’s clean air strategy plan. Not surprisingly, the Coal Region is home to a rich heritage of coal mining in Pennsylvania. It was once a region full of active mining towns, but it has since become a popular tourist destination.

Except for only a handful of towns with significant coal mining activity, the coal mining industry has long left the region. However, its cultural roots are still very much preserved. A visit to the area gives tourists a peek at the state’s one of the oldest industries. You can visit some of the region’s 200-year-old mines that show the difficult and often hazardous working conditions at the time, which would never be considered acceptable by today’s standards.

The Coal Region is located north of the Lehigh Valley and Berks County, south of the Endless Mountains region, east of the Susquehanna Valley, and west of the Pocono Mountains. The region comprises six coal-rich counties:

Here are some of the most notable Coal Region cities and towns:

How many active coal mines are in Pennsylvania? Coal mining in Pennsylvania began as early as the 18th century and peaked during the early 20th century. But since after that, the coal mining industry in the state has been steadily on the decline. Today, there are still around 40 active underground coal mines and over 5,000 abandoned coal mines across Pennsylvania.

Due to the numerous mining sites scattered across the state, mine maps are vitally helpful for the mining industry and other industries (such as construction), homeowners, emergency workers, and other individuals and entities. How does coal impact Pennsylvania’s economy?

Needless to say, coal is a vital contributor to the state’s economy. It has created direct, indirect, and induced impacts. Through its supply chain, the state’s coal supply has created jobs in related and unrelated industries, and some of these jobs would not have been created if not for the coal industry’s robust activity.

In a similar way, the wages paid to the employees working in the coal industry affect the broader economy as the employees spend their wages on goods and services.

The coal mining industry in Pennsylvania has created jobs and contributed to the state’s revenue. This 2014 data shows that: